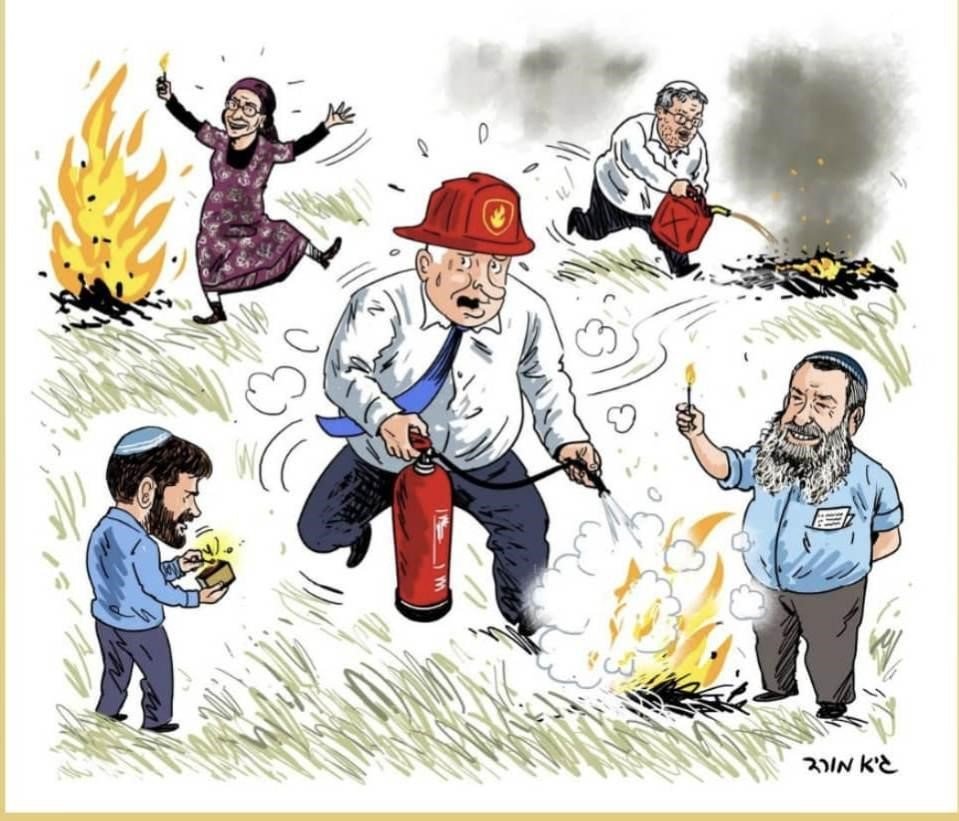 Progressive Zionists of California (PZC) is greatly alarmed by Israel’s new governing coalition, sworn in by Prime Minister Benjamin Netanyahu, its architect and leader. In a vote of 63-54, the Knesset voted yesterday to approve Israel’s most right-wing government in its history.

PZC’s Executive Director, Susan George, commented after the swearing in of the new government:

“Prime Minister Benjamin Netanyahu attempts to assure American Jews that he has the new government under his control, but he is playing with fire, accepting some of the most hardline policy positions in Israel’s history. PZC calls on Jews who care about Israel, who are concerned with democracy, judicial oversight, religious pluralism, Palestinian and all minority protections, to partner with and to build coalitions with concerned Jews and non-Jews in Israel and the Diaspora. It is not time to be silent. It is time to care more deeply and to do our part to protect the only Jewish state from extremists who seek to create a dangerous form of supremacy. We oppose the calls “from the river to the sea” if it comes from Hamas or Fatah leaders. We must also oppose that drumbeat if it comes from Jewish extremists.”

The new government, headed by extremists like Itamar Ben-Gvir, Bezalel Smotrich, and Avi Maoz, have made it abundantly clear that they have no qualms dismantling Israeli democracy, undermining the U.S.-Israel relationship, disregarding the rights and aspirations of Palestinians, and ignoring the concerns of Diaspora Jews, all in order to pursue their fundamentalist agenda.

Ben Gvir in particular, who has been convicted of incitement to terrorism on multiple occasions, is a follower of the late racist rabbi, Meir Kahane, who sought to establish a “pure” Jewish society. Just last month, Gvir attended a commemoration ceremony for Kahane and said: “Ultimately Rabbi Kahane was about love. Love for Israel without compromise, without any other consideration.”

This should send chills down the spine of anyone– Jew or non-Jew– who supports democratic and pluralistic values, in Israel or elsewhere.

PZC is particularly concerned with one of the Guiding Principles of the new coalition, which seeks to greenlight unilateral annexation:

This would make a two-state solution virtually impossible and normalize a form of Jewish hegemony from the Jordan River to the Mediterranean Sea, as exemplified by one of Netanyahu’s first tweets since solidifying the government.

This is in stark contrast to the democratic values enshrined in Israel’s founding Declaration of Independence, to “uphold the full social and political equality of all of its citizens, without distinctions of race, creed or sex.”

Our Zionism and love of Israel compels us to speak out in this dark moment. PZC’s concerns do not end here, and we will continue to keep our friends and supporters apprised of important developments. We are more committed than ever to play our part in ensuring Israel remains a Jewish and democratic state, most importantly by preserving the possibility of a two-state solution. Just as PZC works to build a more democratic and just California, we look forward to partnering with our friends in Israel and the Diaspora to build a more democratic and just Israel.

Born in Israel in 1975, Guy Morad is a graduate of the Bezalel Academy of Art and Design in Jerusalem. You can find more of his work on Instagram here.